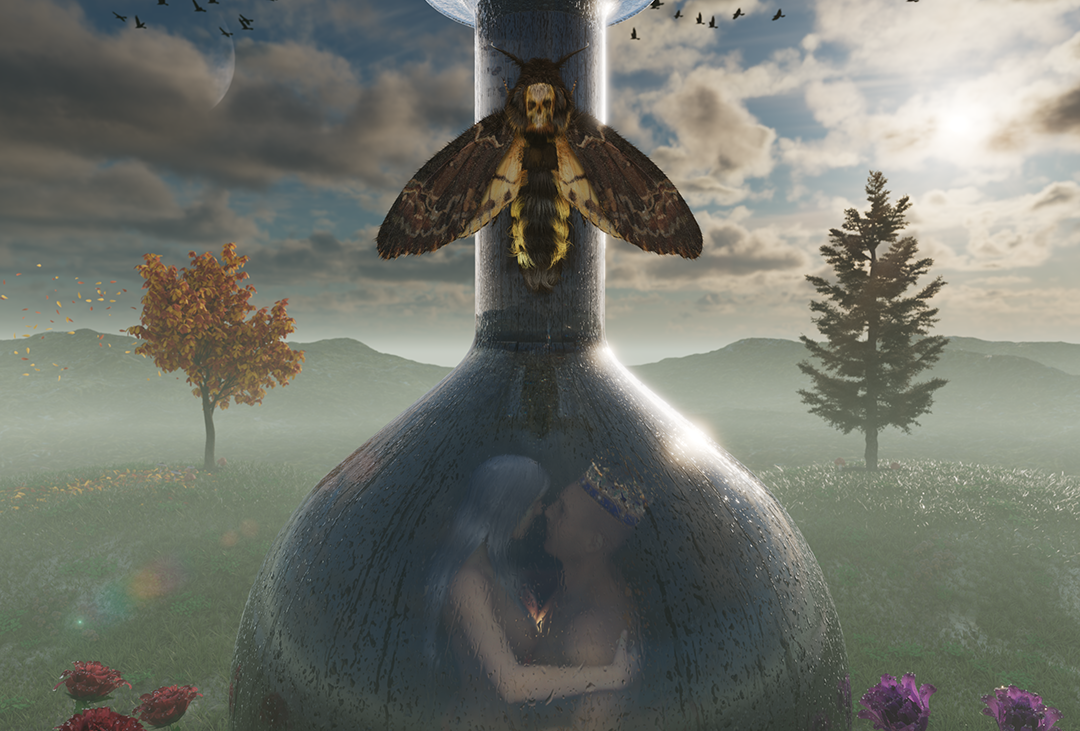 Do not misunderstand an Alchemist if, upon listening to you describe the Great Conundrum of your life, the insoluble problem from which you cannot possibly escape and which is the cause of all your suffering, they look you straight in the eye, and with no hint of a smile nor even the lightest of humour, sincerely advise you of the answer to your issue:

‘La petite mort (French pronunciation: [la p(ə)tit mɔʁ]; “the little death”) is an expression which means “the brief loss or weakening of consciousness” and in modern usage refers specifically to “the sensation of post orgasm as likened to death.”’

Have you ever died? And then just carried on? Got on with your day?

Has the whole story of who you were, and who you knew, and who knew you, and what you think, and why you think that, ever just…died? Struggled, suffered, admitted defeat and succumbed?

Have you seen and felt and sensed and smelled the once ripe fruits of your choices and efforts begin to rot, putrefy, ferment, and decay? Have you ever noticed that social and personal patterns that previously created bliss in your environment begin to confuse, disenchant, go stale, reach limits, and wither?

Have you sensed that what once felt dynamic and playful, gradually  – and then quite suddenly (as Ernest Hemingway wrote in response to the question “How did you go bankrupt?” in ‘The Sun Also Rises’, and which may just as well apply to “How did you fall in love?”, “How did you get divorced?”, and “How did you end up at Death’s Door?”) – became lifeless, mere ritual, heartless and ossified routines with no engagement, hard to even recall how they once served you?

Have you gazed into the bottomless darkness within yourself, and held firmly the gaze of that which gazes back at you? Have you…talked with it? Listened to it as if your entire existence depended upon what it said?

Has the repeated failure of Eternalism in all its hokey flavours to deliver on its promises ever sent you weeping into the arms of Nihilism, oversteering in the opposite and equally ludicrous direction from the Comforting Mother of the Eternal-proved-false to the Stern Cynical Father of the No-Meaning-At-All, equally unworkable and bound to fail? And then…then what? Damned if you do, damned if you don’t.

Have you ever felt your plans and ideals and imaginative projections onto the World completely disintegrate, crashing like a suddenly obviously liquid wave on the suddenly noticeably solid and sharp rocks of a Stone Cold Reality very far from the more convenient, more comfortable and less demanding one you had been foolishly investing your entire epistemology in?

Ever just lied down and curled up into a ball smaller than your own skeleton seemingly allows and just fallen asleep in the comfort that perhaps you’ll just dream forever?

Since you have and you are still here anyway, reading this, then congratulations : you have experienced the Nigredo.

And so you have met the White Queen, whether you remember it (or even noticed it at the time, being the somewhat forgetful Red King), and she has reminded you how long it was that you forgot her, ignored her, insubordinate toward her Royal power, deaf to her Royal decrees, and lived by your own, arbitrary – and false – imperatives. You summoned her, and she came to you, to teach you the Secrets of Decay and the creative possibilities of Putrefaction.

She has met you with the great compassion of She-Who-Is-Not-Named, who men have called Kore, and Persephone, and other titles besides, caressed and embraced you as both Mother and Lover.
She has been the pale Moon to your Fiery Sun, receiving only, rejecting none, a perfect mirror, the Whore of All.

And She has proved to you that her Sovereignty, her Regency, her Domain, is not at all the domain you knew nothing of – and so feared – for your whole Life. She has taken you on the tour, all the sights.

She has shown you the value of the Shadow, and the movement that occurs only in stillness, and the Life that can only truly be born after such a complete, and fathomless Death.

And She has shown you that dying before you die is the only way – ever – to possess the knowledge of yourself, and to know your Father and Mother for the first time, and so inherent your own Royal Title among the nobility of the Celestial Court in the Universal family.

This is sacred, and cannot be bargained with.

But you have paid the dowry in this Alchemical Marriage, and the fruits of your union are a completely new Being, cunningly disguised as…you. But no trace of you remains.

And you carry the Holiest Secret with you: that Autumn and Spring are lovers, as Death and Life are lovers, as the head and tail of the Ouroboros are lovers, and the Sun and Moon, and Saturn and Jupiter, Mars and Venus, and electrons and protons, and points and circles, centers and circumferences, and past and future, and that love is the supreme Law of the Universe, in the explosive and orgasmic ferment of the ever present and utterly unique Now.

A Now in which you, my dear, dead reader, are Resurrected.

Re-born, from the rot and corruption of the past, into the deeply rooted, networked and mycelial potential of a new Spring, a flourishing, a begin-again, another chance to get it right, and live in accord with what She taught you, in your tomb, about the proper approach to living, when all is entropy and decay, and Now is at once the first and last and every intervening moment of your life, bound to entropy.

Death implies change and individuality; if thou be THAT which hath no person, which is beyond the changing, even beyond changeless-ness, what hast thou to do with death?

The Universe is Change: every Change is the effect of an Act of Love; all Acts of Love contain Pure Joy. Die daily!
Death is the apex of one curve of the snake Life: behold all opposites as necessary complements, and rejoice!

~ Aleister Crowley, “The Book of Thoth”