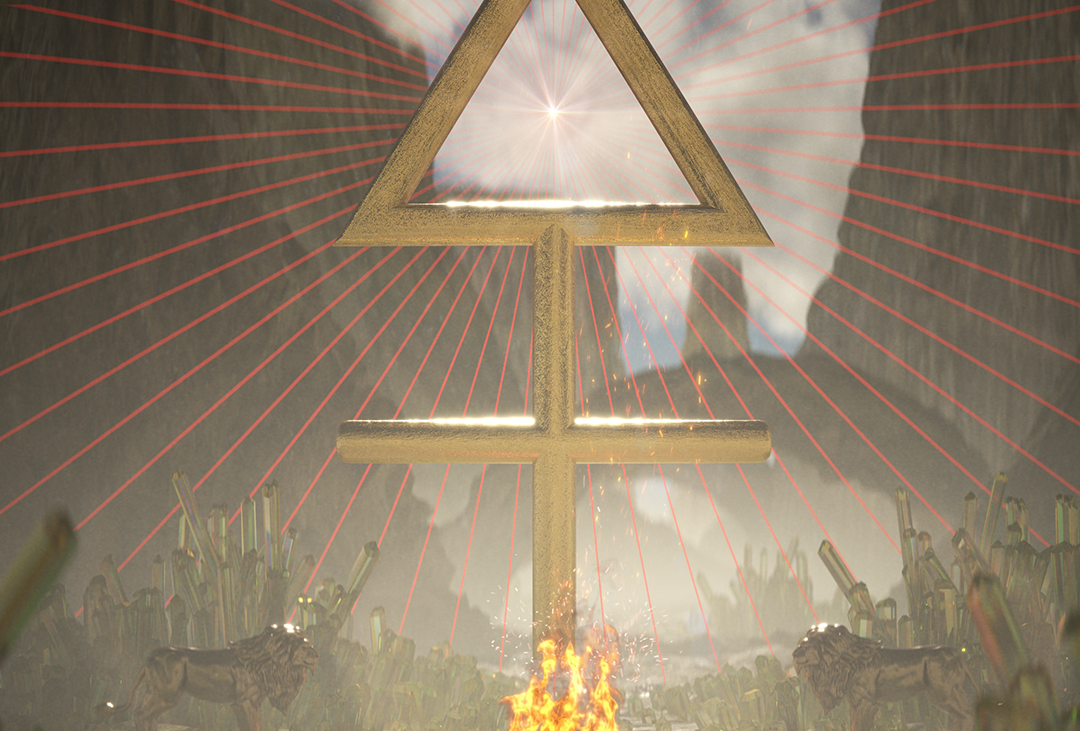 The SOUL of Alchemy

In the 8th Century, a Persian alchemist by the name of Jabir ibn Hayyan (a.k.a Geber) wrote a mysterious treatise on 2 alchemical principles: Sulfur and Mercury.

This would revolutionize alchemical studies and become synonymous with the language of alchemy thereafter.

He – and most alchemists – wrote in extremely cryptic prose, secreting their teaching in a coded cypher that veiled the sacred secrets from those unfamiliar with the terminology. Our word “Jibberish” has its origins here, referring directly to this style of writing, which was impenetrable to the casual, uninitiated observer. Once we understand that ‘Sulfur’ does not refer to brimstone, the smelly volcanic yellow element, nor ‘Mercury’ to quicksilver, we can begin to decipher the real intention behind the cryptic codes.

Paracelsus, in his work “Concerning the Nature of Things”, writes simply and directly that:

Sulfur is the Soul…

Alchemists who had studied the works of Jabir knew Sulfur to be ‘an oily substance’, one which could be extracted and concentrated out of any selected material (animal, vegetable, mineral or metal – the ‘four elements’ of the alchemists). Although we know that alchemists view Sulfur as ‘an oil’, which contains the ‘essence’ of that which it has been procured from, it resonated much more profoundly as a deeper symbol to the alchemical mind.

“Soul” can be defined as: ‘The immaterial essence, animating principle, or actuating cause of an individual life’. You can look in the dictionary if you don’t believe me.

To alchemists, the Sulfur meant exactly that: this oily extract, this essence, which could be separated and studied, was the immaterial signature of the specific manifestation of the material – animal, plant or mineral – being studied.

It was the blueprint – and the vital spark – that activated a Universal Principle – infinite and omnipresent – motivating it toward separating itself out from the ideal realm of possibilities – in the Above – and into forms and manifestations, unique physical entities – in the Below.

This ‘Source-of-All’ was known as the Prima Materia – the First Matter, that No-Thing (unbounded) through which all things – bounded, impermanent – gained Life and Being.

Those of a philosophical bent will recognize monism, idealism, platonism and, yes, eventually romantic philosophies in this ancient magickal soup.

The Above to the Below is a life-giving vector.

To ancient philosophers this ‘unseen influence’ was simply pure, unbounded consciousness. An Idea-Space, if you will, fractal and infinite, unencumbered with the bother of physical Being, but Being nonetheless.

Supreme Being, in fact.

Thus – to alchemists – everything, the entire Universe, every galaxy, star, planet, moon, rock, river, forest, person, molecule, atom – all of it – ‘is Conscious’ or, more accurately, ‘is a product of Consciousness’.

Of Soul. Of ‘the miracle of the One Thing’ – Above / below, Infinite / finite, and the essential, *unified* association between them.

In all such philosophies, consciousness precedes matter. All matter is created out of the swirlings of pure unbounded consciousness, (the One) taking place as an internal dialogue known, to the Ancient Greeks, as Logos.

Soul, in conversation with Itself, becomes – Everything that ever is, was or will be.

Sulfur was the alchemical term for the Soul of a given material, as the Consciousness – and thus Ultimate Source – of that manifestation. The blueprint. Not only that, but Sulfur was itself inherently part of the unbounded and pure Consciousness which created Everything, the entire Universe, out of Nothing – which is Itself.

Freeing – that is to say, separating – the Sulfur from its corporeal body gave Alchemists access to the universal life-giving powers of consciousness itself, eternal and infinite, the unbounded kind, and – so they claimed – deepened the understanding of the essential (of the essence) relationship between consciousness (immaterial, infinite) and matter (physical, finite).

True understanding (as separate from mere ‘knowledge’) of this relationship was the Key to Eternal Life, or so the alchemists would secretly record. Isaac Newton was famously among them. These people were not raving fringe lunatics and fools.

All of their teaching was the result of experimentation in what would over centuries evolve into the modern practice of Science – a set of techniques. Much, however, was lost along the way.

Sulfur is the Soul, the actuating cause behind life and manifestation, the unique signature-blueprint of a given entity emerging as a given form from – and eventually returning as a form to – the Prima Materia – consciousness, infinite and unbounded, the Eternal Source of all forms, in which all forms partake, and from which all manifestation proceeds.

In Tarot terms, Sulfur is represented by Atu IV The Emperor, it seeks the execution of its blueprint using Atu XI Lust (Strength), and finds it’s best expression or outcome in Atu XIX The Sun.

Welcome to your Oily Substance, participating in the Dance of Eternity as a crystallized Spirit in a Body, subject to the laws of time & space 😊

But wait – we’re getting a-head of ourselves.