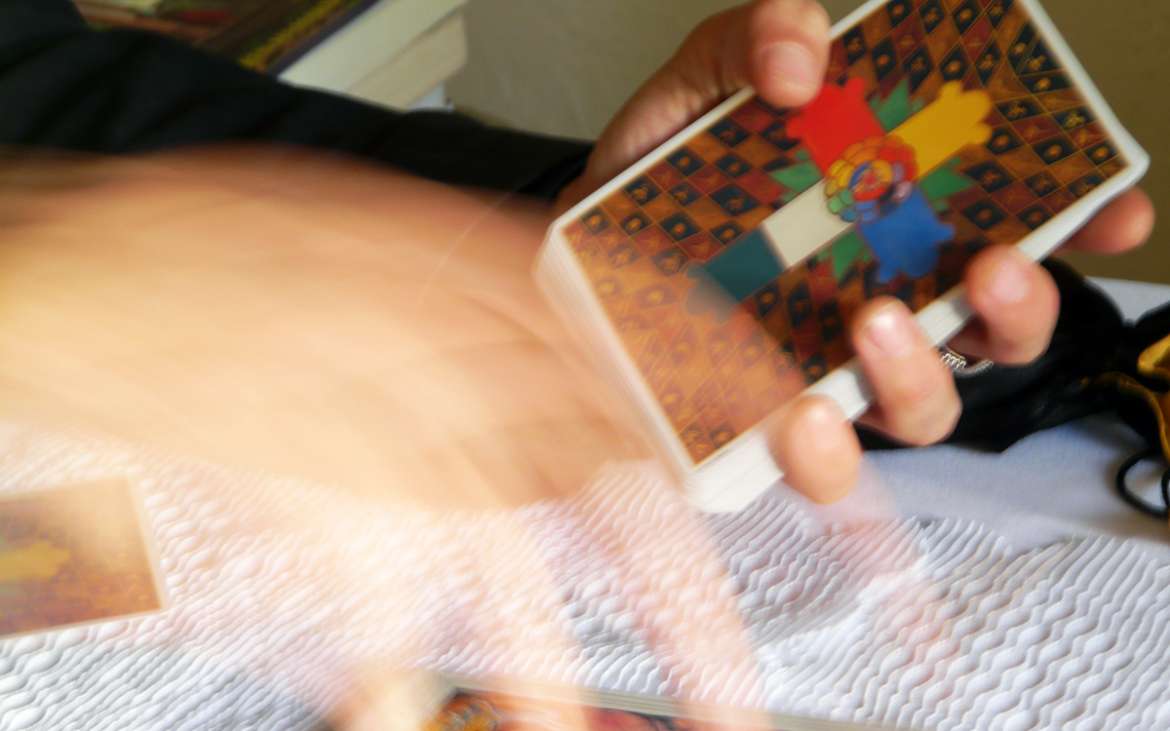 At some point, you just have to let go.

Eventually, you get there: the moment where that becomes obvious.

It can take a while. First, you have to become familiar with paradox that excruciating. Magic – of which Tarot is a part – is a very useful tool for that, let’s be clear. If you can’t hold two perfectly contradictory propositions alive in your psyche at the same time and explicitly, fanatically believe both without the least cognitive dissonance, you are almost certainly, just by being here reading this, turning up the temperature in a kitchen you have no real business sweating in the first place. Caveat emptor.


But you do, one way or another, get there in the end. The only way to hold on – to your love, to your dream, to your sanity, to your integrity, to your family, to your hope for the future, to your optimism, to your precious creative project, to your identity, to your political certainty – is to let it go. Surrrender it. Delegate. Pass it on. Do what you have to do to untie those binds. Start now. Be free of that garbage. Deep breath. Remember the Daoist “Straw Dogs”.

How true, then, of a humble website. Like this one. After what is obviously too long once you’ve already blown the time, you realize that unless you publish the damn thing, it’s just another grasping possession of an ego that wants to perfect something, wants to play and sustain and draw out and kick down the road and divert and make prettier, and more accurately condense or somehow summarise something important, something personal, something…you can’t quite put your finger on, but if you just procrastinate a bit longer, if you just learn that one new thing or follow your inspiration down just one more long and endless tangent, then, finally, at last, it will all be ready…just a bit longer…tomorrow…


This, incidentally, would be some of the ill-dignities of the Major Arcana Trump card Atu VIII – “Adjsutment”, or perhaps “Justice” depending on your deck.

But anyway – Nah. It was Dave Stewart, the synth pioneer who partnered with Annie Lennox in iconic 80’s band the Eurythmics who said “You never finish an album, you just abandon it eventually…” and I think that’s absolutely true of any creative pursuit. 80% there is, actually, perfect. More than that? Overkill. Stop being a blowhard. Hand it over, and move on. Straw Dogs!

So, as well as Tarot, divination, the occult, and the experience of earning a living and paying the bills by interpreting paintings printed on cards for people from all walks of life and every nation on Earth, this blog will be a sort of psychic sump valve for the other concerns of this broad creative surrender, this sense of needing to let go of things which I more naturally tend to hoard for their own perfection…music, and experiments in sound, animation and film-making and the marriage of audio and visual inspirations, writing, prose and poetry, about those concerns as well as politics, economics, activism, social justice and the rage of the downtrodden, along with a bit of martial arts, yoga, meditation, yagé and sacred plants, and how they all relate and twine together. Simple stuff.

I hope you’ll come along for the ranting and raving, of which I will try to keep both in a beautiful symmetrical choreography, like Ida and Pingala, snaking up the spine, dancing the macabre, and hissing secrets that you’re sure you shouldn’t be trusted with, knowing you.

So, here we are! May Day, International Labour Day, celebrating the anarchists and bold few who dared consider something other than “It’s always been this way!”, and damn-well changed themselves, and the World.* Transformation, like charity, begins at home.

Don’t say I didn’t warn you.

Welcome to The Apocalypse